The “Neapolitan 6th” chord is a 1st inversion of the supertonic [chord two] triad but with the  root and fifth lowered a half step. 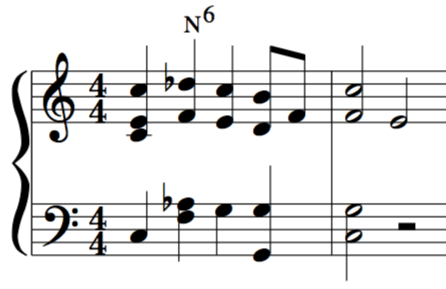 In modern terms we could think of it as a flattened second chord 1st inversion. Below is a more popular common approach. 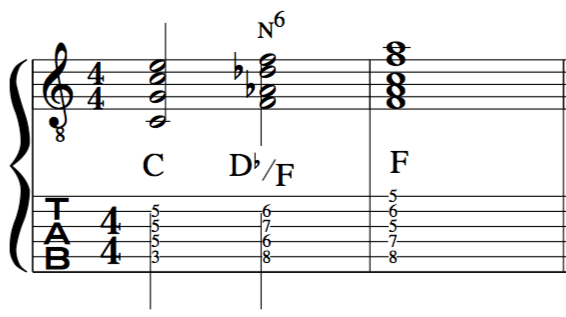 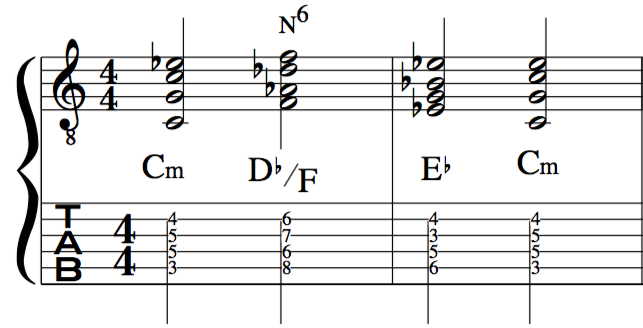 One last idea using the 7th chord as a Diminished chord followed by the dominant 7th 1st inversion to C the Tonic chord.

Thanks for reading! If this Blog was of interest to you then please subscribe to our youtube channel below,

The Locrian mode is the 7th mode of the major scale. In the following examples it will be D Locrian built from the 7th degree [leading note] of the Eb Major Scale. target tones and arpeggios that weave through the harmonic texture of the Locrian V harmony.

Follow Making Music Theory and Jazz Improvisation work for you on WordPress.com